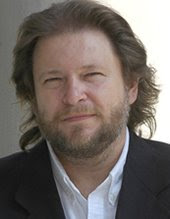 The annual meeting for the Friends of the Library will host special guest Rick Bragg, the Pulitzer Prize-winning author from Alabama. Mr. Bragg’s new book, The Prince of Frogtown, is the third in his family trilogy. The first two books, All Over But the Shoutin’ and Ava’s Man, established Bragg as a first-rate storyteller and a national voice.

The Prince of Frogtown chronicles the life of his father, a man whose difficult behavior, bad choices and alcoholism separated him from his family. The impetus for this book came from two sources. Rick Bragg decided to find something good about his father, a man who had left his mother with three young children. Secondly, Bragg “inherited” a stepson when he married “a tall red headed woman ... who was a little bit slinky.” This stepson had every advantage that Bragg didn’t have and brought Mr. Bragg full circle, to confront the issue of fatherhood.

The Prince of Frogtown intersperses the stories of Bragg’s father and the stories of his stepson. As ever, Bragg’s voice is real and honest and Southern and wonderful. As a natural-born raconteur and hilarious storyteller, Rick Bragg will delight the Friends of the Library at this special program. You will not want to miss it. He will also be on hand to sign copies of his new book and interact with everyone.

The only requirement to attend the Annual Meeting will be a current membership. Basic membership costs $20 for individuals and $10 for senior citizens, students, and library employees. It's time to renew your yearly membership with the Friends, and you may do so at the meeting or by mail using the enclosed form. For more information, please visit http://friends.bplonline.org.

We look forward to seeing you at the meeting!