Children's Book Review: Hiding Out at the Pancake Palace (Ages 8 and Up) 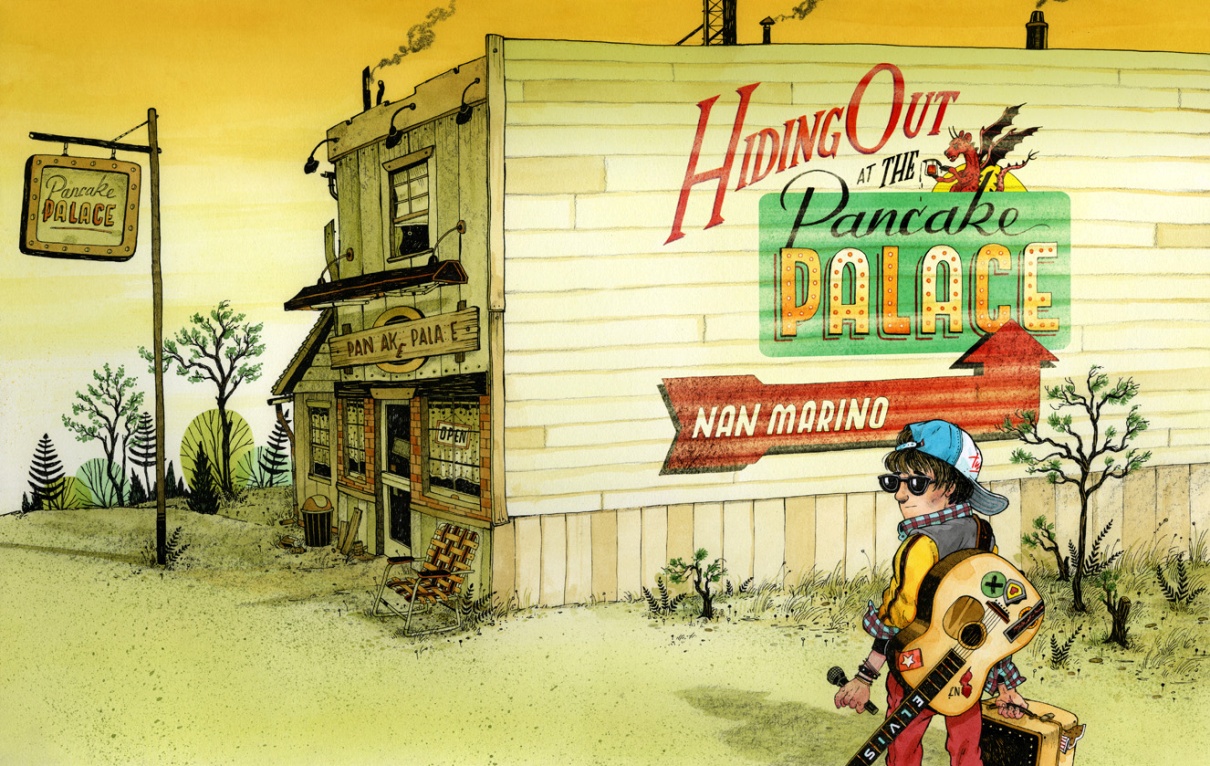 Hiding Out at the Pancake Palace
Nan Marino

Eleven year old Elvis Ruby is living the dream. He’s a good looking, talented, rich, and he’s the most beloved pop star in the country. He’s got it made. That is until he totally freezes up during the final round of the world-famous reality show Tween Star. Not only did he ruin his chance of winning the title, but his fans won’t let him live it down. He’s suddenly the laughingstock of the world. It’s a tough break for an eleven-year-old kid. The only thing that Elvis wants to do is run away, and his dad has found him the perfect place: Piney Pete's Pancake Palace in the remote wilds of New Jersey. Elvis lays low with quirky family friends where he learns how to act like a normal kid and the secret of making the perfect pancake. He befriends a nosy and outspoken girl named Cecilia who can’t help but speak her mind and certainly can’t keep a secret. Cecilia, who is completely lacking musical talent, helps Elvis find his music again, and Elvis helps Cecilia find that she has a song of her own.

This middle grade novel is light-hearted and populated with a large cast of endearing characters. Fans of Justin Bieber and teen sensations of his caliber are sure to enjoy reading a story from the perspective of the star. Being a pop sensation can be hard and stressful work, the pressure has the potential to bring a talented kid from stardom to ruin in a single night. The story is a great opening for discussion on perspective and point of view. It has another point in its favor, as it’s likely to appeal to boys and girls. Even though it’s the story of a young heartthrob trying to find himself, it’s still a story about a boy that readers will be able to identify with. The writing is direct, funny, and fast-moving. Marino’s writing catches the reader’s attention from page one and holds on until the end. It was a fast read in the best possible way. I felt like I’d been transported to the stark and lonely pine forests of New Jersey then before I knew it I was back in Birmingham. That’s what reading is all about. I would highly recommend as a fun summer read for boys and girls around fourth to sixth grade.