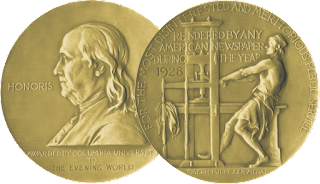 Aretha Franklin received a Special Award for her "indelible contribution to American music and culture for more than five decades."

For a full list of the winners and finalists, visit The Pulitzer Prizes official website.
By Tressa Fancher