In 1929 the stock market had crashed and was by many accounts considered to be one of the worst events in American history. As America sank into the throes of the Depression, President Franklin D. Roosevelt responded with programs that might offer opportunities for Americans to find employment.

One program was the Works Progress Administration (WPA) that began in 1935. The WPA allowed for opportunities for hundreds of men and women from all walks of life, most of which were uneducated and unskilled for the project’s work.

One of the projects was to provide useful, educational supplement materials. The creation of the ethnic dolls was an artistically influenced project that was created and considered in high demand. The ethnic dolls were created to educate children on the different cultures around the world, including traditional dress. There were other variations of the supplemental tools designed as well such as the nursery rhyme dolls. The nursery rhyme dolls were created to help children associate characters with the nursery rhyme. There were also historical figure dolls, to teach children about history in a more hands-on approach.

The Birmingham Public Library Archives Department has a full collection of these dolls, which were part of the original distribution of the WPA dolls in the 1930s. Here is an example of both the historic figures (George and Martha Washington) and the cultural figures (Germany). 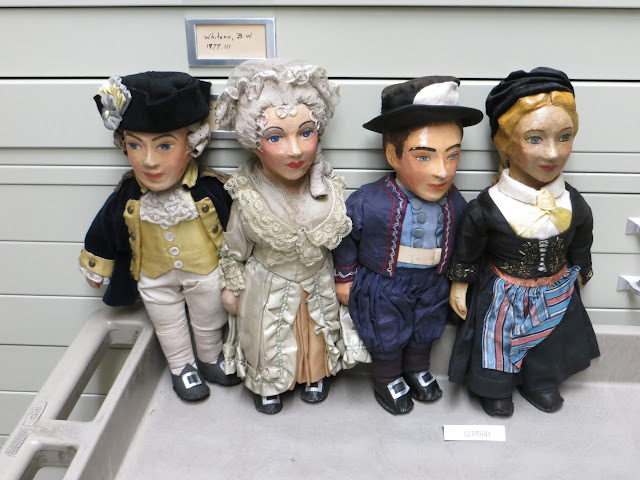