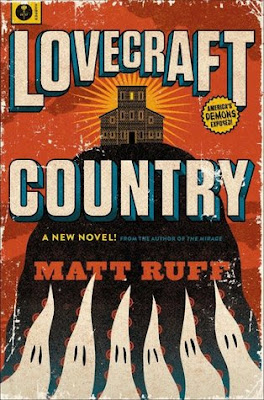 The novel Lovecraft Country by Matt Ruff turns the pulp horror writings of H.P. Lovecraft on its head and reimagines it.

H.P. Lovecraft, a short story horror writer of the 1920s and '30s, wrote about cosmic terror, the idea of a hostile cosmic universe, and a fear of moral, ethical, and even racial decay. This fear of racial decay puts a dark stain on his work. Several recent horror writers have turned his writings and world on its head, having works with a diverse cast of characters. Author Matt Ruff sets his story in Jim Crow 1950s America. The main character is Atticus Turner, who is looking for his missing father. He goes on a journey with friends to “Lovecraft Country,” and finds his father held prisoner of a strange mystical cult. They escape its clutches but further adventures ensue for all the characters.

Lovecraft Country is filled with scenes from pulp-action and horror movies. The Lovecraftian cosmic monsters compete with the everyday horrors of Jim Crow America to provide great action story and action heroes. One can see why this book was quickly picked up by HBO to become a television series. The action and pulp are entertaining, and to have the characters be African American makes the story refreshing and exciting. As usual, read the book first and then watch the series!