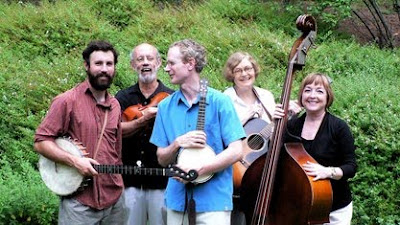 The Birmingham Public Library is so excited about the statewide program, “The Big Read” featuring Mark Twain’s The Adventures of Tom Sawyer, that it has scheduled two months worth of programs for the city of Birmingham to enjoy. To kick-off this magnificent program, BPL is hosting events all over the library system, including a party in the Atrium of the Central Library on February 16, 2010, as well as a performance by the old-time string band, Flying Jenny, that night at 6:30 p.m. The band has tailored its music to fit Tom Sawyer’s time period.

Flying Jenny plays the music of the American settlers from the British Isles, which is a forerunner of bluegrass and country music. It consists of lively fiddle tunes meant for dancing as well as old songs sung on front porches and in front of fireplaces when families and friends got together after the day’s work was done. Flying Jenny (named after an old-fashioned mule-powered carnival ride) plays breakdowns on fiddle, guitar, banjo and bass, and sings old songs, often comical, in three-part harmony. In addition to the music, a performance by Flying Jenny includes stories about the tunes and the fiddlers who first played them. They have done a number of thematic performances on such topics as Alabama history, folk art, early radio music, Christmas folk music, romance in old-time music, etc.

For more information on The Big Read, including a complete line-up of events, please visit http://www.alabamareads.org and click on Jefferson County.

For information on music, or more broadly, the arts, entertainment, literature and history, please check out BPL’s subject guides dedicated to these topics at http://www.bplonline.org/virtual/subjects/.

photo courtesy of the Flying Jenny website
By Tressa Fancher