Books That Celebrate the Dads in Our Lives 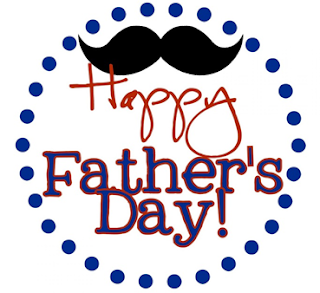 Father's Day was inaugurated in the United States in the early 20th century as a complement to Mother’s Day. The first observance of a Father’s Day was held on July 5, 1908, in Grafton, West Virginia, in the Williams Memorial Methodist Episcopal Church South. Grace Golden Clayton was mourning the loss of her father who had died in December 1907 due to a mining disaster. The Monongah Mining Disaster killed 361 men, 250 of them fathers, leaving almost a thousand fatherless children. Clayton suggested to her pastor that he preach a sermon to honor all those fathers. Although heartfelt and moving as the idea was, the event was ultimately unsuccessful.

History credits Sonora Dodd as the driving force behind the creation of what we know as Father’s Day. At the time Dodd’s own father, William Jackson Smart, was a Civil War veteran and a single parent raising six children. After hearing a Mother’s Day sermon, she told her pastor that fathers should have a holiday and suggested June 5, her father’s birthday. Unfortunately the local pastors did not have enough time to prepare their sermons and the celebration was moved to the third Sunday of June.

Thanks to Sonora Dodd’s love and devotion, the first Father’s Day celebration was held in the Spokane, Washington, YMCA June 19, 1910.

Believe it or not, Americans resisted the idea of a Father’s Day holiday for a few decades. It was thought by many to be an attempt by merchants to replicate the success of Mother’s Day and was frequently attacked by newspapers. However, the merchants and Father’s Day Council, founded by the New York Associated Men’s Wear Retailers, remained strong and even incorporated the attacks into their advertisements. In 1972 President Richard Nixon signed a law declaring Father’s Day as an official and permanent U.S. holiday.

A father is someone who cares and provides for you. It is the man who helps to set the standards, the family values, and lives by example. Whether biological, adopted, or informally, if someone is a father figure to you, give him the recognition he deserves. Take today as an opportunity to say, "I love you."

Good read-alouds with Dad:
Because Your Daddy Loves You by Andrew Clements
Nelly Gnu and Daddy Too by Anna Dewdney
By the Side of the Road by Jules Feiffer
How To Cheer Up Dad by Fred Koehler
Froggy’s Day with Dad by Jonathan London
Me and My Dad by Alison Ritchie
Bippity Bop Barbershop by Natasha Tarpley
What Dads Can’t Do by Douglas Wood
When a Dad Says “I Love You” by Douglas Wood
Bigger Than Daddy by Harriet Ziefert