On Thursday, November 7, the Central Library hosted the debut of Girls Code 205, a partnership between the Birmingham Public Library and National Center for Women & IT that won a $15,000 grant from the CSforALL (Computer Science for ALL).

The class consisted of nearly 20 mostly middle-school-aged girls, all of whom soaked in knowledge of how to code computers. The grant will support efforts over the next 12 months by BPL and its community partners to expand computer science opportunities for girls and young ladies in metro Birmingham. 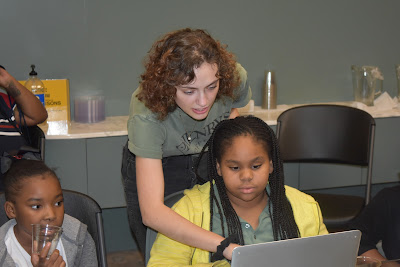 The November 7 class, led by instructor Zena Banker, an engineering student at the University of Alabama-Birmingham, was the first of four free workshops.
By Roy L. Williams