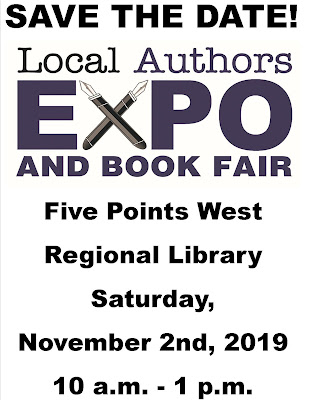 Want to be inspired by some of Alabama's best self-published authors, including hidden gems with fascinating stories to tell?

Then make your way to the 2019 Birmingham Public Library Local Authors Expo, this Saturday, November 2, 10:00 a.m. to 1:00 p.m., at the Five Points West Regional Branch Library.

The Local Authors Expo is open to the public for free. Fourteen authors will be on hand to discuss their work, sell and autograph books, and talk about their writing process. Click here for details from a Fox 6 interview that aired October 1.

Below is an introduction to the 14 writers participating in the Local Authors Expo:

Brooks memoir is about her faith walk after being diagnosed again with breast cancer shortly after she celebrated a decade of being cancer free. The Hoover resident has written five other books: Mr. Brown, Will You Please Open the Door?, Self-Inflicted Overload, Stress Less and Live More: 52 Tips for Living Fully, The Power of Two Words- A Little Motherly Advice and It Ain’t Over.
Read more about Brooks and her books by clicking here.

Georgia Fitzpatrick, author of  Shorts and Returning to the Homeland

Shorts  is a gathering of snippets from Williams-Fitzpatrick’s childhood growing up in Alabama during the 1950s and 1960s.  Born in 1948 in Birmingham, Fitzpatrick said she intentionally did not focus on the bitter pain of segregation that dominated Alabama at the time, writing instead about positive memories of growing up  in the state.

Returning to the Homeland is Fitzpatrick’s memoir of when she lived in West Alabama for four years, mainly in Ghana and Liberia. “It’s about some of the fun things we did while living in Africa and discovering my homeland,” she said.


Tamara Freeman, author under the pen name of Tammy Nicole of I Married My Father: Understanding How DNA Plays a Part in Choosing the Right Mate 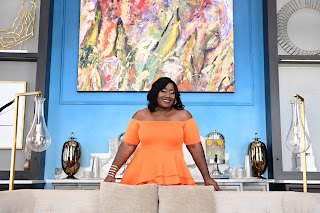 This nonfiction book is Freeman’s guide to self-love for women on how to pick the right mate. Freeman talks of how women base their personal beliefs on potential husbands on how they viewed their father.
A Birmingham psychotherapist, Freeman runs  three clinics in Alabama, and has built a reputation as a specialist on mental health issues. Through her first book, Freeman hopes to revolutionize how women look at marriage, their fathers and themselves.

Gordon, pastor of The House of Light Church in Birmingham, was inspired to write Divorced But Still Dad after struggling through a divorce and searching for a way to stay connected to his children. He wanted to find a way to go through the divorce process that honored his children, his commitment to God and even his commitment to his ex-wife.

When he could not find a resource, Gordon wrote one, sharing faith principles for divorced fathers and placing emphasis on engaged co-parenting. To buy the book, click here

Hale, a Sylacauga native says he created the character, Ebenezer the Sneezer, as a series of bedtime stories he read at bedtime to satisfy his daughter Nylah’s hunger for literature and to make reading more real for her.

Hale turned those stories into the book, Ebenezer the Sneezer, and has been reading to children across Alabama.
Order the book by clicking on Hale's website.


Hugh Hardy, author of Maysa Brown: A World in Turmoil

In Maysa Brown: A World in Turmoil, Maysa Brown and the college professor she loves, Michael Green, continue on their path to try to make the world a better place, with evil always just around the corner.

The novel is full of twists and turns as she encounters an adversary trying to overturn the apple cart in President Nasser of Syria.

This is the second novel in the Maysa Brown series by Hardy, a library assistant at Powderly Branch Library.


T’Neesha Jackson, author of The Best Is Yet to Come: A Mother of 7 Transparent Journey to Success 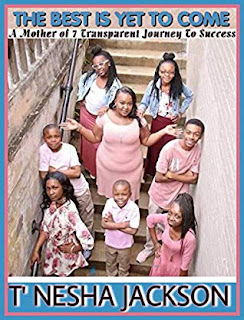 Who would ever think at the age of 26 they would be the mother of 7 children?

Author T'Nesha Jackson shares her heart-wrenching journey of the little girl who was molested by people who were supposed to love her who became the young lady who looked for love in severely abusive relationships.

It is a story of how Jackson has finally become a woman who learned to stand up for herself and for her children.

Jackson says her book is designed to give encouragement to women who have multiple cihldren or are striving to overcome childhood trauma or abusive relationships.

Come meet Jackson at the Local Authors Expo and be inspired by her amazing testimony. 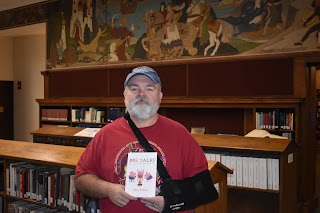 Phillips, of Bagley, Ala., has been a member of law enforcement for nearly 32 years, much of it with the Jefferson County Sheriff’s Department. Some would say “he’s seen it all,” but Phillips says there are some things he doesn’t want to see.

In his new book, Pig Tales, the Sipsey native details some of his law enforcement experiences in a fun-read in which you tag along on his journey.

“Reading this book you’ll quickly find out law enforcement is nothing like what you see on TV,” Phillips said.

The book includes Phillips first day on the job at the Jefferson County Sheriff’s Office in April 1968, when an inmate put a knife to his throat in an attempt to escape. The book provides an insider’s view of the law enforcement family, such as what it is like to take part in car chases, get shot at, go to robbery-in-progress calls, and make drug arrests.

Stephanie Smith, aka Samantha Lewis, author of I Want My Darn Skates 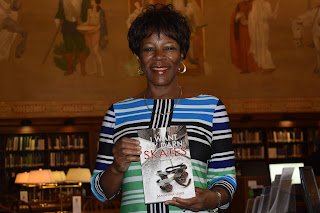 I Want My Darn Skates is a memoir about a woman who grew up poor and experienced family drama.

She leans on faith to overcome many challenges.

A Birmingham native and 2017 graduate of Ramsay High School, Stoves is a junior at Troy University. The Homecoming Racer is his debut novel. The book is a fictional story of Jackson, who Stoves describes as your typical high school athlete: laid-back, competitive, and with a clique.

Jackson has everything he wants and more except for two things—Grace Moore, the girl of his dreams, and a championship racing trophy.

Being a rookie is already tough as it is, but winning a championship is even harder. Scoring a date with his crush is quite the task for this shy guy.

Will Jackson’s plans come to pass? Find out more by ordering Stoves' book.

Order the book by clicking here.

C.L. Threatt, author of 18 books  including The Bully Proof Vest and Up and Adam The Fitness Tandem 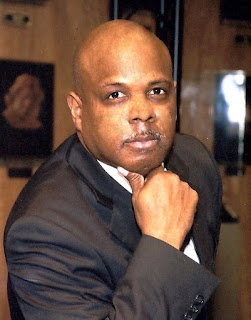 Threatt is one of the most accomplished self-published authors in Birmingham, writing three more over the past year to bring his total to 18 books. His books range from motivational (Laid Off, but Not Laid Out tells the story of how he recovered from being laid off of a job of 19 years with only one-day notice) to The Real Christmas Story, his take on a classic poem, The Night before Christmas.

Threatt has built most of his following through children’s books. The Bully Zone and his latest, The Bully Proof Vest, deal with childhood bullying. TJ.’s Big Discovery addresses illiteracy by encouraging a boy to learn how to read, and Up and Adam the Fitness Tandem focuses on childhood obesity, health and nutrition. 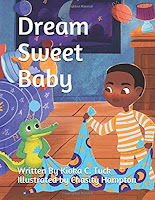 What happens when little ones have a hard time falling asleep? In Tuck's new book, Dream Sweet Baby and his plush alligator have the perfect solution.
They don't count sheep, they use counting and their imaginations to fall asleep at bedtime.

The book is available on Amazon.

Wrestling With Love is about Ivy Brown, a plus-size, single mother living in Atlanta struggling with love while raising her boys alone. She switched colleges, gave up her first love, and was disowned by her parents.

Years later, Ivy is a successful business owner whose world centers on her sons. A chance meeting with the last type of man Ivy would expect to find herself with shakes up Ivy's safe, dull world. The book follows Ivy wrestling with her past and the need for love.

Read more about Walker and her books  by clicking here.

An accountant turned stand-up comedienne, Youngblood’s debut novel is her journey about how she survived breast cancer with the joy of laughter. Youngblood said the book is designed to give encouragement to people battling cancer.

Currently, Youngblood is traveling throughout the United States, giving motivational speeches about “Adversities of Life” and performing her one-woman show “The Truth about Breast Cancer.”