Birmingham and the Cholera Epidemic of 1873: First Responders 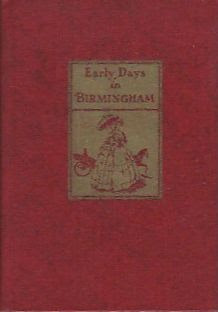 Birmingham was less than two years old when, in 1873, an epidemic of cholera almost killed the city in its infancy. Cholera is highly contagious, especially to people nursing the sick, and can kill some victims within hours. This would be the first of several epidemics and pandemics to strike Birmingham. And as we face the most recent pandemic, Covid-19, we can remember the courage and sacrifice of our ancestors in similar situations, especially the professionals we now call health care workers and first responders.

One courageous health care worker was remembered four decades after the cholera epidemic when a group of women who had lived in Birmingham during the city’s earliest years formed “The Pioneers Club.” These women compiled their recollections of young Birmingham and published them in the book Early Days in Birmingham. Editions of the book are preserved in the Birmingham Public Library’s Southern History Department.

One recollection, titled “The Cholera,” was written by Susan Luckie. Her husband, Dr. James Luckie, was one of the few physicians in Birmingham at the time. He and other doctors risked their own health to care for the ill, traveling from house to house treating patients, barely sleeping for weeks, and seldom seeing their families.

Here is an excerpt from Susan Luckie’s recollection: 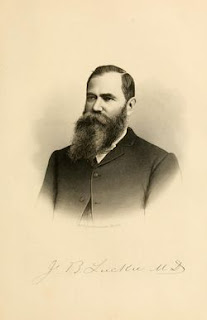 In June of 1873 the thriving little town of Birmingham was almost deserted, following the report to the Mayor, Colonel Powell, that cholera had made its appearance.

When the physicians reported these cases of cholera to the people they naturally became very much alarmed, and as the news spread rapidly, as such news will, business came practically to a standstill, stores were closed, and numbers of people left town on every out-going train.

Calls for physicians were so frequent that I sat at my window several nights in succession to direct the enquirers to the last place to which Dr. Luckie had gone. They would then ride until they had found him. My husband would ride by home to change his clothing and to let the horse have something to eat, and I would answer the urgent calls while he was hurrying to get away again. When he left I would have the feeling that I might never see him again, as cholera renders one very weak and helpless...

Exhausted and exposed to the disease daily, Dr. Luckie contracted cholera. "He was ill for weeks and had to learn to walk again,” Susan Luckie recalled. But he recovered, and so did Birmingham.
By Tressa Fancher