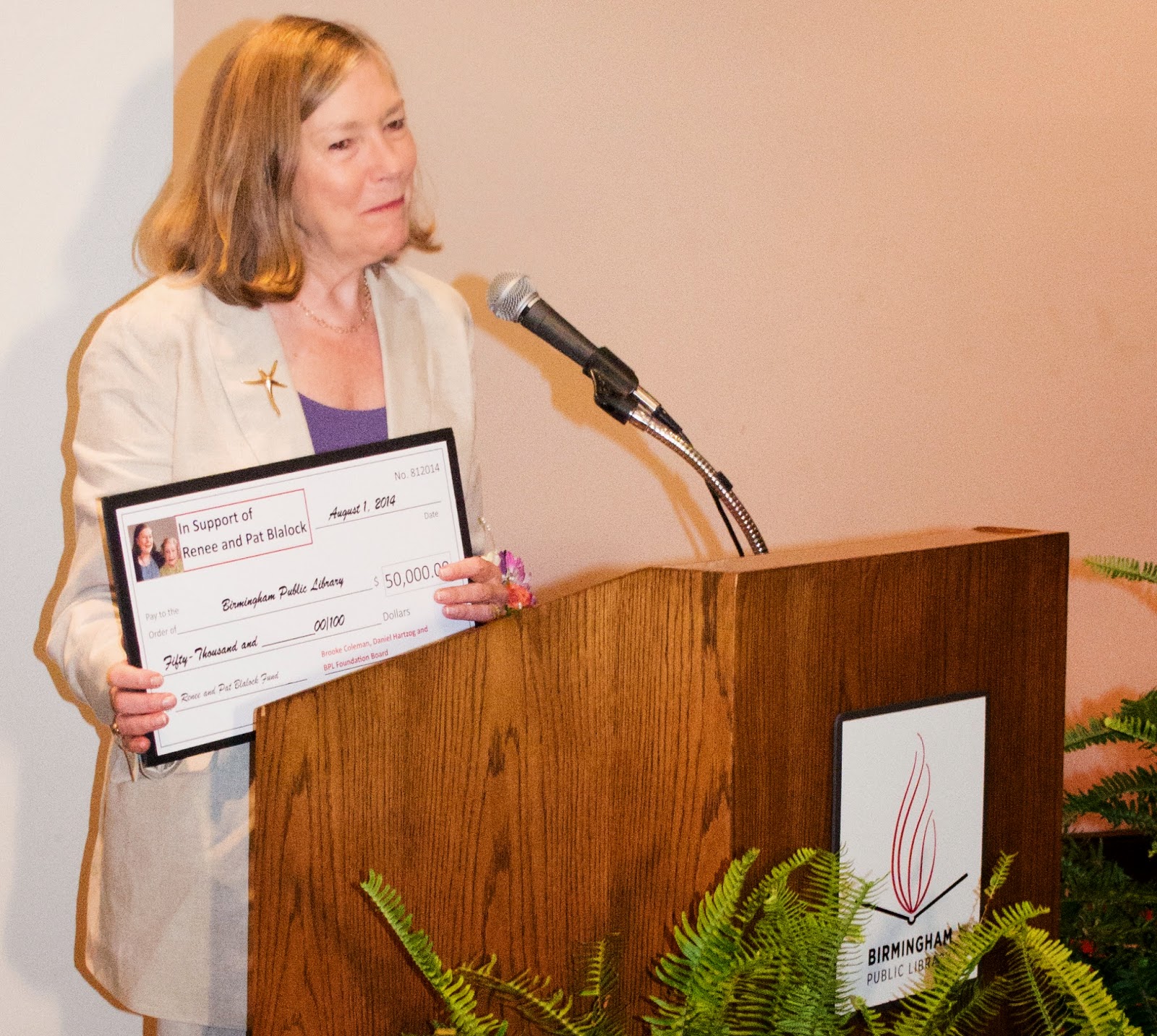 Birmingham Public Library Director Renee Blalock received more than well wishes during her retirement reception on August 1. She also went home with a smile she found hard to erase after her family presented a $50,000 check to the library in her honor.

“We wanted to give a leadership gift to recognize and honor her efforts to revitalize the library,’’ said Brooke Coleman, Blalock’s daughter. “Today, we give $50,000 and hope this is just the beginning of raising money toward projects of revitalization.’’

The money will be used to help fund various library needs, including programs, materials, equipment ,and a redesign project of the downtown library, said Olivia Alison, director of development for the library.

The gift was a result of donations from Blalock’s children, Coleman and Daniel Hertzog; the library’s Foundation Board; and special friends of the library. “We are just proud of our mom. She was an inspiration to us and we wanted to inspire other people,’’ Coleman said. Blalock's children and Foundation Board President Jim White made the announcement today.

The donation came as a total surprise to Blalock, who retired after 33 years of library service. “It’s an investment in the future of the library and I’m very thrilled for it,’’ Blalock said.

During her career, Blalock managed branches, worked as a library business manager and served as a regional branch coordinator. She became an associate director in 1994. She was appointed director in 2009.
By Tressa Fancher