Final Road Trip of the Summer

- August 25, 2014
It is getting close to the final summer road trip and sometimes it is hard to find audiobooks of interest to a carload of family members. Over the summer, I listened to two action adventure audiobooks that might keep your family awake and interested in “what comes next.” Fans of Harry Potter and the Percy Jackson books could enjoy Gregor the Overlander and The Paladin Prophecy. 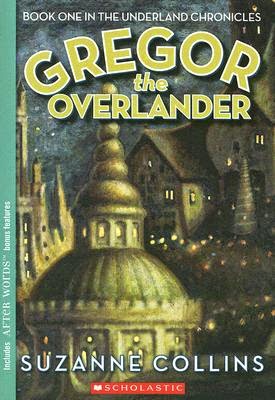 Gregor the Overlander by Suzanne Collins is the first volume in the Underland Chronicles. This is the same Suzanne Collins of The Hunger Games fame. Gregor is a scrappy teen who has to forfeit summer camp to take care of his 2-year old sister, Boots, while his mother is at work. A few years earlier, their father disappeared causing the family to fall on hard times. Boots accidentally slips down a hole behind a loose grate in the laundry room. Gregor follows her into a strange world beneath New York City.

The Underland was founded centuries ago by a disillusioned Englishman who thought he could create a better world somewhere else. His descendants have the same problems as humans living above ground. As part of the fantasy world, the Underland is populated by oversized Rats, Roaches, Bats and other assorted creatures who all speak English and do not like humans very much. I would not like any group who descended into my realm and stole my land. Gregor and Boots discover that their father fell into the Underland and is being held hostage by the Rats. Gregor is told by the humans that he is a warrior who was sent to fulfill a series of prophecies. Members of the Underland plus two cockroach friends set off to solve a mystery and free Gregor’s father.

Despite the huge cockroaches who are devoted to Boots, the story is quite interesting. The author intersperses triumphs and trials in just the right intervals to keep the story moving. The first volume is family friendly and good for ages 11 to adult. 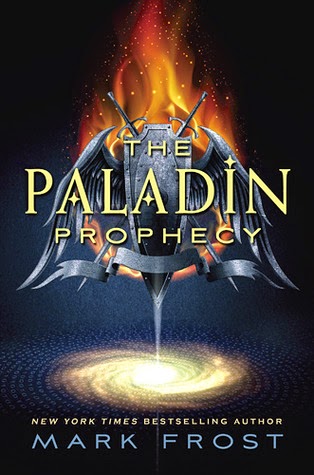 The Paladin Prophecy by Mark Frost is an extremely fast-paced narrative with dueling fantasy beings and lots of gadgets. Mark Frost is a longtime television writer known for Hill Street Blues, The Six Million Dollar Man, and Twin Peaks. As I listened to the audio I could visualize all the action. This book was written like a movie.

Will West appears to be a regular teenager, but he has a secret. Will constantly has to keep his physical and mental abilities hidden. He cannot afford to be the star of the track team or a whiz kid at school. Will and his parents move around a lot making Will a loner. One day Will is almost kidnapped but rescued by a monster angelic creature driving the ultimate sports car. Will’s parents are kidnapped in his place and he is sent to a high school for teens with untapped super powers. At the school there are weird happenings and a mystery Will and his new friends must solve.

If you like a fast moving reads, you will enjoy this audio. The plot zips by with enough mystery and science fiction elements to keep older teen through adults entertained.