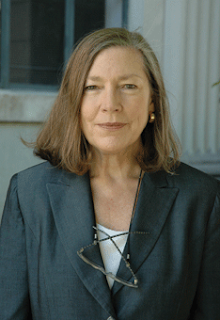 The Birmingham Public Library Board has appointed Irene S. "Renee" Blalock Director of the Birmingham Public Library. Blalock’s career at the Library has spanned 30 years. She has served as branch head at Parke Memorial (now Southside), Eastwood, and the Avondale Branches; as the Library’s Business Manager; as coordinator of the Southern Branch Region; and as Coordinator for Library Operations. In 1994 she was named Associate Director of the Central Library and moved to the Associate Director of Community Services (over the branch libraries) in 1998, the position she occupied until the Board’s appointment on May 28.

In her long career at the BPL, Blalock has made important improvements to the system. She supervised the reorganization of the Library’s management team and the creation of an administrative services division. She was part of the team that established and wrote the system-wide collection management policy. She oversaw numerous enhancements to the branch libraries, collections, and furnishings including major renovations at the Avondale and Springville Road Branches. She was project manager overseeing construction of two new buildings for the Five Points West and West End Branches.

BPL staff is eager to work under her leadership and anticipates helping her improve and expand the library services desired by Birmingham residents. Blalock believes “public libraries have the power to make a positive difference in the lives of those they serve,” and “access to the resources and services of the public library are essential for a well-functioning and equitable community.”

The Library would like to extend its gratitude for the outstanding service of former director Barbara Sirmans and interim director Pamela Lyons. In the coming years, BPL looks forward to continuing its mission “to provide the highest quality library service to our citizens for lifelong learning, cultural enrichment, and education.”
By Melinda Shelton

Anonymous said…
Thank you to the Birmingham Public Library Board of trustees on your selection.
7:16 PM

David Lefton said…
A fantastic director for a fantastic system!