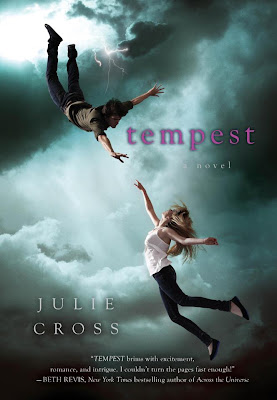 Time travel isn't what it's like in the movies. Nothing changes, and people don't remember anything about the traveler. In Julie Cross' Tempest, Jackson Meyer has the ability to jump through time. It's just harmless fun for him. When two strangers burst into his girlfriend's room and attack Jackson and Holly, Holly is fatally shot. In his panic, Jackson jumps back to 2007—further than he's ever jumped before. But this isn't like his other times, he's stuck there, unable to get back to his own time. As Jackson assumes his past self's life and learns more about his power, Jackson will learn the truth about his past and find out not even time will stop these attackers from finding him.

Tempest is a quick paced read that with an unpredictable plot that keeps the reader caught up in the story. You will want to finish this story in one sitting.