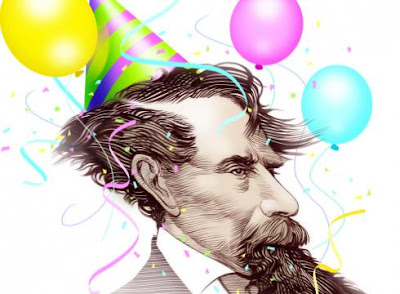 February 7, 2012 marks the 200th anniversary of the birth of Charles John Huffam Dickens.

Charles Dickens is largely touted as the most significant English language writer of the Victorian Era. His literary canon including novels, commentary and magazine pieces numbers over thirty. Some of his most popular novels include The Pickwick Papers, Oliver Twist, Nicholas Nickleby, David Copperfield, Bleak House, Hard Times, A Tale of Two Cities, Great Expectations, and A Christmas Carol.

His novels were an immediate hit with ordinary people as well as with critics and “high brows.” The lower class immediately identified with the characters, hard times, and bleak circumstances Dickens portrayed. Orphans, chimney sweeps, and children working in sweat shops to keep their families from starving were often parts of the story lines. Dickens came by this sort of content authentically as he, himself, worked in a shoe polish factory as a child while his father was held in debtor’s prison.

His sympathy with the oppressed was and is only one key to the continued popularity of his works. Many of his titles continue to be on required reading lists for students. Most English speaking persons are familiar with the tone and some of the content of his novels, even if they have never read any. Publishers have kept most of his titles in print and now that they are old enough to be in the public domain, traditional publishers as well as e-book publishers are doing great business keeping his works available.

Another factor shoring up the continued popularity of these works is their adaptation to the performing arts including feature film, television, radio and theatre. This has enlarged t 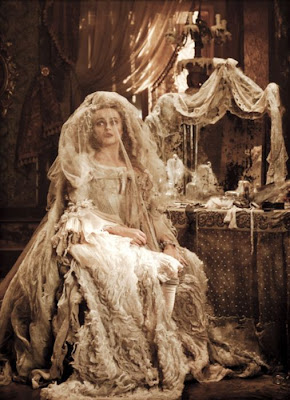 he audience of the writer to even include non-readers as well as delighting the reading fans. Who can forget when reading or viewing Great Expectations the both fascinating and repellent character of the jilted Miss Havisham? Miss Havisham has now become a colloquial expression referring to an aging spinster. A Christmas Carol has become part of the holiday lore and an annual viewing tradition for many. People enjoy the character of Ebenezer Scrooge whether relying on their own imagination as they read or watching the fine performances of Seymour Hicks, Alastair Sim, George C. Scott, Bill Murray, or Mickey Mouse.

Many exhibits and events are marking the bicentenary of Charles Dickens both in Great Britain and in the United States. The Morgan Library and Museum in New York is hosting an exhibit titled “Dickens at 200.” The Royal Mint in London is producing a Special Edition Dickens 2012 coin. The BBC is offering special programming for television and radio. The City Museum of London is now offering a special exhibit called “A Tale of One City.” Perhaps the most enviable ticket would be for entrance into Westminster Abbey on February 7, 2012 when the notable actor Ralph Fiennes toasts Charles Dickens just a few feet way from the Poets’ Corner wherein he is entombed.

We can all celebrate his birthday. Books, DVDs and audio are available at your local library. The Fiction Department of the Central Library has a special display toasting his birthday making items by and about him readily available.

Mary Anne said…
Happy Birthday Mr. Dickens! And thanks for years and years of pleasurable reading.

Whew---standing by while Ralph Fiennes drinks a toast to Charles Dickens? In Westminster? I'd be all over that like cobwebs on Miss Havisham's wedding cake. Great piece, David. I'll be over to Fic to see the display!
2:41 PM

Tressa Fancher said…
Listening to the audio and/or watching the movie of A Christmas Carol has become a tradition for me. I love the uplifting message that it's never too late to care about humanity or to make a small difference in people's lives by being charitable and kind. Such a beautiful story.
3:25 PM