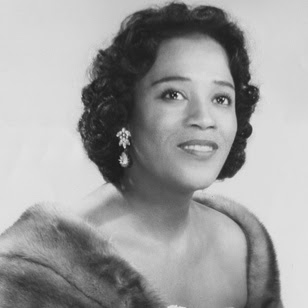 We still have Leontyne Price, Kathleen Battle, Jessye Norman, Denyce Graves, and Barbara Hendricks, to name a few of the most famous African American opera divas of today, but there were great ones before these who paved the way. Before Marian Anderson there was Camilla Williams.

Williams performed the role of the doomed heroine Cio-Cio-San in Puccini’s Madama Butterfly on May 15, 1946, at City Center in Manhattan. She was the first black woman to secure a contract with a major United States opera company, a distinction widely ascribed in the public memory to the contralto Marian Anderson. This performance gained rave reviews and came nearly a decade before Marian Anderson sang at the Metropolitan Opera.

Although she was too well-mannered to boast about her deserved accolades in history, it caused her great private anguish. “The lack of recognition for my accomplishments used to bother me, but you cannot cry over those things,” Miss Williams said in a 1995 interview with the opera scholar Elizabeth Nash. “There is no place for bitterness in singing. It works on the cords and ruins the voice. In his own good time, God brings everything right.”

Camilla Williams was on the forefront of operatic trailblazing. In 1943, Williams won a Marian Anderson Award, a vocal scholarship established by Anderson. In 1944, she gave a recital in Stanford, Connecticut. In the audience was the soprano Geraldine Farrar, who was the Metropolitan Opera’s first Madama Butterfly in 1907. Farrar was captivated by William’s voice and became her mentor and helped her secure a contract with RCA Victor; she also helped her to secure management under the impresario Arthur Judson.

Gone but not forgotten on January 29, 2011. We applaud your artistry and contribution to the world of opera and say thank you for opening the door for Aida’s black sisters and brothers.