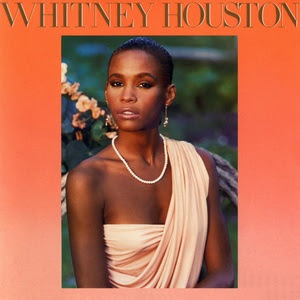 During the mid-1980s, I recall buying many hits of a new singer on the block named Whitney Houston, whose slow powerhouse ballads would always tug on the heart strings. Not only could she sing, but she was a beautiful caramel honey that all of my male classmates in high school dreamed of meeting. Some of her early hits included “Saving All My Love For You,” “You Give Good Love,” and “The Greatest Love of All,” and were released from her debut album, Whitney Houston. These ballads were infused with fiery gospel fervor and pop appeal that appealed to not only the black music market but to the mainstream as well. Whitney could also spin out songs such as “How Will I Know” that would get you moving on the dance floor and turn them into hit records. The hits from her debut album had seven consecutive U.S. number ones, which surpassed the Beatles' record. The album sold three million copies its first year in the U.S. and went on to sell 25 million worldwide, winning her the first of six Grammys.

The 1987 follow–up album Whitney included the hits, “Where Do Broken Hearts Go” and “I Wanna Dance With Somebody.” In 1991, she sang a definitive version of “The Star Spangled Banner” at the Super Bowl, which was played on the radio often after this defining moment. The 1992 film The Bodyguard placed her in the echelon of best-selling artists of all time. Her acting performance in the movie was not highly praised but the soundtrack album and her cover of the Dolly Parton song “I Will Always Love You” topped the singles and albums charts for months and sold 44 million copies worldwide. Whitney Houston took this ballad and squeezed every bit of emotion out of it as she sang it using melismas, vocal swells, and vocal dynamics that showcased her “money notes.”This same year she married ex-New Edition singer Bobby Brown, with whom she had her only child—their daughter Bobbi Kristina Brown born in March 1993. It was around this time that her voice and behavior began to change.

Her next album, My Love Is Your Love, was released in 1998 and did fairly well. Whitney Houston’s 2009 comeback album I Look to You was positively received and sold well but her promotional performances were marred by her weakened voice. Her final acting performance was in Sparkle (2012), a remake of the 1976 movie

Whitney Houston was destined to have a Stradivarius voice. Her mother is the well-known gospel star Cissy Houston of the Drinkard Singers, a famous gospel group from Newark, New Jersey. Cissy also performed with another group, The Sweet Inspirations, that recorded their own records and also provided background vocals for such artist as Elvis Presley, Dionne Warwick, and Aretha Franklin, to name a few. Whitney was also the cousin of the songstress Dionne Warwick and the goddaughter of Aretha Franklin. Whitney was discovered by Clive Davis while performing with her mother in nightclubs. Clive Davis knew that she possessed something special in her voice and had the right formula to propel her into music history. Thus began her long career with Arista Records.

Whitney Elizabeth Houston passed away on February 11, 2012, in a Beverly Hills hotel where she was to attend Clive Davis’ pre-Grammy party a few nights before the Grammys were to take place.

It is so pleasing to my ears to hear this songbird’s sweet music when I listen to the recorded legacy she left for the entire world to hear. Gone but not forgotten.