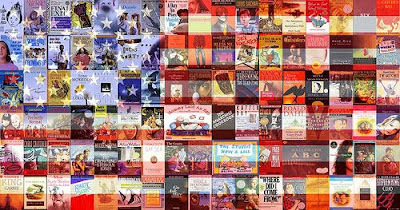 The Birmingham Public Library is conducting a contest to celebrate Banned Books Week, September 30-October 6. Check the BPL blog every day during Banned Books Week and guess the passage from a book that was banned in America. If you guess correctly, your name will go in a drawing for prizes and the winners will be announced on the blog Monday, October 8. Prizes include library totes, gift certificates to the Friends Bookstore, a Friends gift membership, and a drawing for a book bag or T-shirt of your choice from the Friends Bookstore. Good luck! (BPL staff not eligible.)

Question 6: What nonfiction book about the low wage work force is this passage from?

When someone works for less pay than she can live on—when, for example, she goes hungry so that you can eat more cheaply and conveniently—then she has made a great sacrifice for you, she has made you a gift of some part of her abilities, her health, and her life. The "working poor," as they are approvingly termed, are in fact the major philanthropists of our society. They neglect their own children so that the children of others will be cared for; they live in substandard housing so that other homes will be shiny and perfect; they endure privation so that inflation will be low and stock prices high. To be a member of the working poor is to be an anonymous donor, a nameless benefactor, to everyone else.

Post your answer in the comments section. Comments will not appear online until the next morning when the answer is revealed. 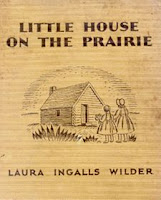 Although Little House on the Prairie and the other books in Laura Ingalls Wilder's series about her family's pioneering days are beloved the world over, there has been some controversy since it was first challenged in 1993 at the Lafourche Parish elementary schools in Thibodaux, Louisiana over the racist descriptions and treatment of Native Americans in the story. Indians are described as "naked wild men" with "glittering black eyes" who are "dirty and scowling and mean" in their smelly skunk skins. Some readers attempt to place Ma's and other characters' opinions of Native Americans in context of what was happening at that time in the territories.

Little House on the Prairie was banned in 1994 from elementary schools in Sturgis, South Dakota, because of the derogatory language describing Native Americans.
By Tressa Fancher

Jayne Schrimsher said…
Barbara Ehrenreich, Nickel and Dimed: On (Not) Getting By in America
9:43 AM

Judith W. said…
Nickel and Dimed by Barbara Enrenreich?
9:50 AM

Anonymous said…
Nickel and Dimed
12:09 AM