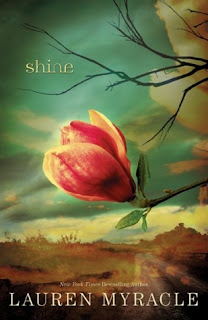 "Cat" is a 15-year-old girl, coming of age in a small Southern town where the small group of local teens peacefully co-exists, including their gay friend, 18-year-old Patrick. One morning, Patrick is found near-death, having been beaten with a baseball bat and tied to a gas pump in front of the convenience store where he worked the previous evening. Mindful of the powerful people in the area who keep him
employed, the sheriff only does a half-hearted investigation into the attack, concluding that it was likely done by "college boys" who don't live in the area. Cat isn't so sure, and takes it upon herself to follow up on what everyone had seen and heard in the days before and after the attack, and find out who may have had issues with the gregarious young man. As she gets closer to the truth, she receives threats and is urged to drop the matter, but she feels she owes it to Patrick for not being a better friend to him at times.

This is a well-written story that will obviously remind some of the murder of Wyoming college student Matthew Shepard (Some of the proceeds of the book are donated to his memorial foundation.) Best appreciated by teens or young adults, but a worthwhile read for all.