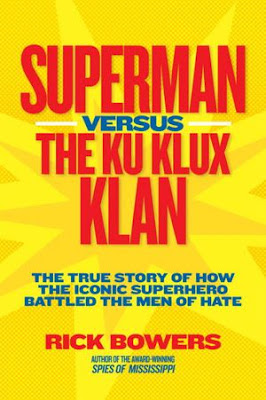 This nonfiction work accounts the creation of the Superman character by two Jewish boys and how the character developed through comics, newspapers, and radio shows. Then the account changes to the rise and fall and rise again of the Ku Klux Klan until the Superman franchise hits on the scheme of pitting Superman against the Klan in 16 episodes of the radio show. Very interesting and educational without being boring.