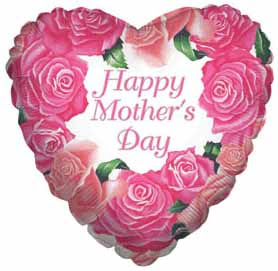 Do you know that the tradition of honoring mothers can be traced at least as far back as the ancient Greeks who paid homage to Rhea, the mother of the gods? In the spring, ancient Romans observed a festival called Hilaria. This celebration was dedicated to Cybele, mother of the gods.

More than 250 years later, the early Christians held a festival, on the fourth Sunday in Lent, to honor Mary, the mother of Christ. Later, in the United Kingdom, it was broadened to include all mothers and was called the Mothering Sunday. The English colonists who settled in America did not continue the holiday, perhaps because it took so much of their time and effort to merely survive.

In 1872, Julia Ward Howe, famous for her Civil War song, "Battle Hymn of the Republic," organized a day for mothers dedicated to peace. She proposed that June 2 be celebrated every year as Mother's Day. Because of her efforts to make Mother's Day an official holiday, her idea spread. It was however replaced by the Mother's Day holiday we now celebrate in May.

Despite Julia Ward Howe’s efforts, it is Anna Jarvis who is considered to be the founder of Mother's Day in the United States. She got the idea for a national holiday honoring mothers from her own mother, Anna Marie Reeves Jarvis. Eventually, Anna Jarvis and her supporters wrote letters to hundreds of legislators and prominent businessmen asking for their help in creating a special day to honor mothers. In 1914, President Woodrow Wilson proclaimed the second Sunday in May as a national holiday in honor of mothers.

Mother's Day has grown in the United States and the second Sunday of May (Mother's Day) has become the one of the most popular holidays of the year.

Do you know that Sunday, May 13, 2012, is Mother's Day? Are you still not sure what to give your mother this year? Time’s flying, so here are a few hopefully helpful ideas!

Children can give mom a free breakfast at participating McDonald’s. Call for details and to make sure your McDonald’s is participating: http://springsbargains.com/2012/05/mcdonalds-free-breakfast-for-mom-on-mothers-day/

Take mom to brunch at the Arlington House: http://birmingham365.org/event/detail/441579902/Mothers_Day_Brunch_at_Arlington_Antebellum_Home_Gardens
By Tressa Fancher