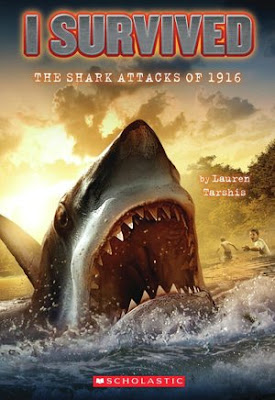 Studies show that on average boys take longer to learn to read, read fewer books than girls, and have more trouble comprehending narrative text as opposed to informational text. A Young Adult Services Association survey taken in 2001 revealed some of the reasons boys aren't into reading: they're too busy, reading is boring, there are other activities they like doing better, they're not good at it, and, most telling, they can't get into the stories.

Since teachers (predominantly female) and mothers are the main selectors of reading material for their students and sons, they sometimes overlook books on subjects that most appeal to boys, which include scary stories (e.g., Goosebump series), stories containing potty humor (e.g., Captain Underpants series), and adventure (e.g., Holes by Louis Sachar and Hatchet by Gary Paulsen).

Children's author Lauren Tarshis has written a series of adventure books called I Survived that mixes fact with fiction and puts a boy protagonist in the middle of historical tragedies where he must use his skills and knowledge to survive, and help others do the same. What boy could pass up a book with MacGyver Jr. as the hero?

I Survived page at Scholastic.com