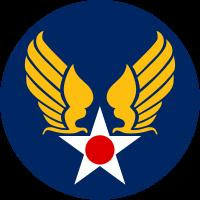 This past August 17 marked an important 70th anniversary. Although not among the most well remembered dates of World War II, August 17, 1942, proved to be a very significant day in the subsequent development of American military strategy and foreign policy. At approximately 3:30 in the afternoon that day, twelve B-17 bombers from the U.S. 8th Army Air Force took off from Grafton Underwood Airfield in southwest England with the purpose of striking a blow against the growing industrial might of Nazi occupied France. The target for this mission was the Sotteville railroad yards, near Rouen, which is located on the banks of the Seine about 85 miles north of Paris. As a major transportation hub linking the ports on the English Channel with a variety of Nazi military installations located throughout the French countryside, the railroad yards were viewed by the Allies as an important piece of infrastructure whose destruction would signify a long awaited move from the defensive to the offensive in the European Theater of Operations (ETO).

By all standards of measure, the Sotteville mission was a success. Reconnaissance photos of the site showed that about half the bombs dropped hit within the general target area—a ratio that was thought to be more than acceptable considering it was the 8th Air Force’s initial foray into the aerial bombardment of Nazi occupied lands. Furthermore, the Americans did not suffer any losses during the mission—all twelve B-17s returned to Grafton virtually unscathed and no crew members were killed.

Although the mission only took a few hours to complete, it had been the product of many years of planning and preparation. Beginning in the waning years of World War I, and continuing through the ensuing decades, a vocal number of U.S. Army Air Force officers had aggressively advanced the idea of using bombers to attack, and destroy, industrial and transportation targets deep within enemy territory. The goal of such attacks would be to critically disrupt the enemy’s capacity to wage war, and, at the same time, break the will and morale of the enemy’s civilian population. They called this new approach to warfare strategic bombing, and they contrasted it to the more conventional approach of tactical bombing, the purpose of which is to destroy targets of direct military value, such as troops, equipment, and installations.

The success of the Sotteville operation helped convince the Americans that a strong, sustained campaign of strategic bombing could be the key to victory against Nazi Germany. By the end of 1942, U.S. bomber sorties in the ETO totaled 1,453. By the end of hostilities, in May 1945, the number had increased to over 460,000. The destruction and death that the missions wrought on the German people most certainly contributed to the decisiveness of the Allied victory in Europe. Perhaps even more telling of the success of the strategic bombing initiative was the degree to which it was adopted by U.S. military officials on the other front—the Pacific Theater of Operations. Although far fewer sorties were flown there than in the ETO, the devastation that they brought with them, most notably at Hiroshima and Nagasaki, ended up negating the need for a direct assault on the Japanese mainland by American land and naval forces.

In terms of lasting influence, the events of August 17, 1942, can hardly be overstated. It can be argued that the idea that the United States was capable of using its vast production capabilities and technological resources to achieve military victory and wield its political influence throughout the world was born on that day. This proposition can be borne out by looking at some of the nation’s foreign policy actions over the last seventy years: the nuclear arms buildup during the Cold War; the saturation bombing campaigns during the Vietnam War; and the use of laser guided missiles, stealth aircraft, and so called “smart bombs” in both Gulf Wars.

To learn more about the history of U.S. bombing operations in World War II, check the Birmingham Public Library’s catalog. Of particular importance is the Air Force History and Museum Program’s multivolume work, The U.S. Army Air Forces in World War II, which is available in the library’s Government Documents Department.