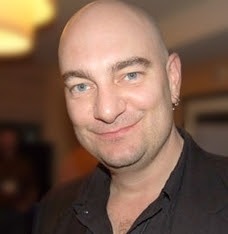 Join us as Lou Anders, editorial director of Pyr books, discusses how an approach to screenplay writing—based on the three-act classic formula but rooted in character rather than plot—can serve novelists in plotting their manuscripts. If your literary ambitions lie in screenwriting or novel writing (or both), come and benefit from the experience of this Hugo-Award winning editor in the science fiction/fantasy field.

Lou Anders is the editorial director of Prometheus Books' science fiction and fantasy imprint Pyr and has edited anthologies such as Masked, Swords and Dark Magic, and Sideways in Crime. He has published over 500 articles in such magazines as Publishers Weekly, Dreamwatch, DeathRay, Star Trek Monthly, Star Wars Monthly, Babylon 5 Magazine, Sci Fi Universe, Doctor Who Magazine, and Manga Max. He is the 2011 Hugo Award winner for Best Editor and his articles and stories have been translated into Danish, Greek, German, Italian and French. Wednesday, August 15, noon.