BIRMINGHAM, Ala.—Alabama Rivers Alliance and Black Warrior Riverkeeper have partnered to donate to the Birmingham Public Library (BPL) 18 copies of the latest editions of Southern Exposure, an award-winning film series dedicated to educating the public about Alabama’s natural resources.
Each of BPL’s 18 locations now has one DVD copy of the 2021 edition of Southern Exposure, a series of documentary shorts on various Alabama environmental topics by independent filmmakers. DVDs of previous Southern Exposure editions are available at all BPL branches thanks to Alabama Rivers Alliance and Black Warrior Riverkeeper’s prior donations.
“We are appreciative of this generous donation and honored to be a resource to help educate the public about Alabama’s natural resources,” said Janine Langston, executive director of the Birmingham Public Library. “These beautifully captured short films will enhance our collection and be available for borrowing at all 18 BPL locations.”
Created in six short weeks during the summer, the 2021 Southern Exposure films celebrate special people and places in Alabama. These films explore a once-in-a-generation chance to change the operation of a major dam, and discover a special place at the foot of the Appalachian Mountains. They feature stories untold-until-now about the remarkable families along the Selma to Montgomery March route, they grapple with the wastewater infrastructure challenges, and they highlight amazing advocates working to protect their communities.
“We are thrilled that the 2021 Southern Exposure films are available throughout Birmingham thanks to the dedication of our friends at Black Warrior Riverkeeper,” said Cindy Lowry, executive director of Alabama Rivers Alliance. “This collaboration helps us ensure these short films, which celebrate the stories of communities and people making a difference in Alabama, are free and accessible throughout the Black Warrior River watershed year after year!"
This summer, all four of the 2021 Southern Exposure films were featured at the prestigious Sidewalk Film Festival in Birmingham. They have also been featured in dozens of film festivals across the globe such as EarthX, Wild & Scenic Film Festival, NatureNow, Thin Line Fest, Lookout Wild Film Festival, DocUtah, Environmental Film Festival at Yale and more. The films were recognized with several awards including Lookout Wild's Best Southeastern Film, Melbourne Documentary Film Festival's Best International Short Documentary.
“Everyone needs a clean environment to survive and thrive, so we want to make environmental information accessible to as many people as possible,” said Charles Scribner, executive director of Black Warrior Riverkeeper. “I am grateful to the Birmingham Public Library for helping us share Alabama Rivers Alliance’s amazing Southern Exposure films throughout Birmingham.”
###

Birmingham Public Library’s mission is to provide the highest quality library service to our citizens for life-long learning, cultural enrichment, and enjoyment. This system—with 18 locations and serving the community for 135 years—is one of the largest library systems in the southeast. For additional information about the programs and services of the Birmingham Public Library, follow us on Facebook and Twitter @BPL.

Alabama Rivers Alliance is a statewide network of groups working to protect and restore all of Alabama’s water resources through building partnerships, empowering citizens, and advocating for sound water policy and its enforcement. 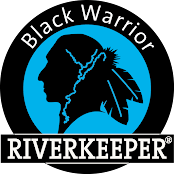