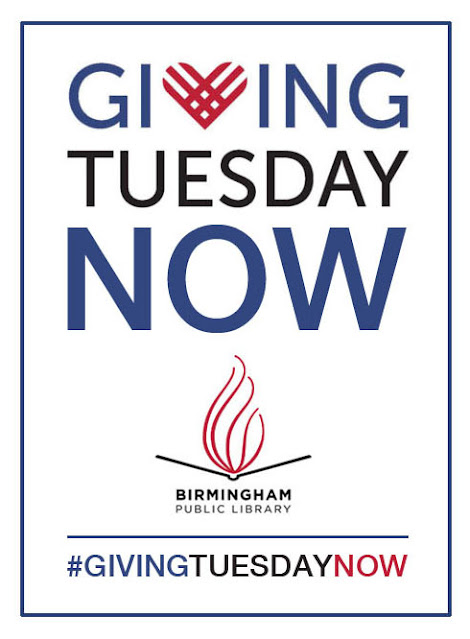 What is Giving Tuesday?

How is the BPL celebrating Giving Tuesday this year?

The Birmingham Public Library is observing this benevolent day by honoring the 200+ individuals, organizations, and businesses who contributed to the BPL library system in 2022.

Please take a minute to view the names of these numerous selfless entities by clicking on the list below. 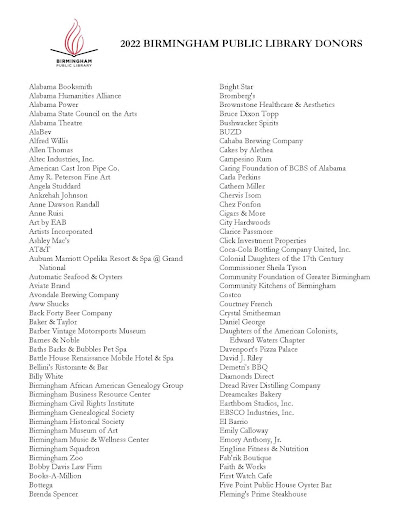 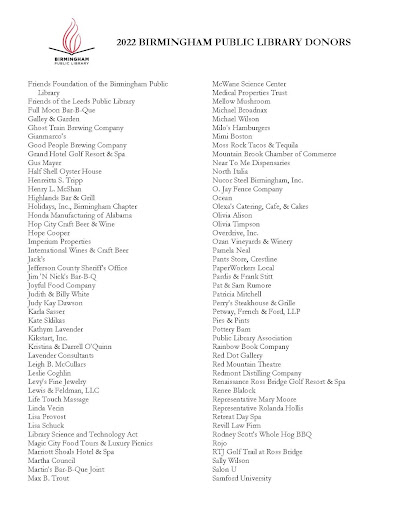 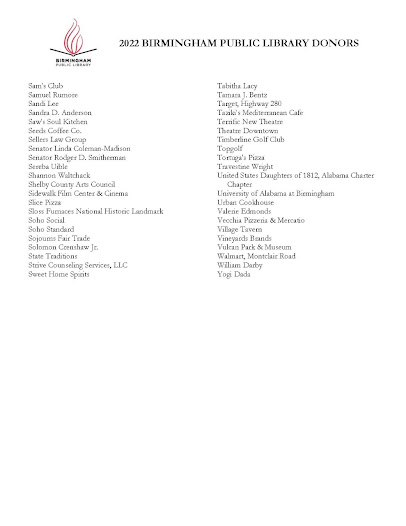 What is the history behind Giving Tuesday?

Henry Timms, the Executive Director of the 92nd Street YMCA in New York City, launched the idea for Giving Tuesday in 2012. He co-founded the organization of the same name with the United Nations Foundation and with support from BLK SHP (Black Sheep).

What does the organization known as GivingTuesday do?

How is the concept of GivingTuesday’s “radical generosity” vital to the BPL?

Whether in the form of books, DVDs, a few dollars, food for programs, gift items featured in fundraising events, or grants and sponsorships, every philanthropic act helps the BPL further its mission of providing the highest-quality experience of lifelong learning, cultural enrichment, and enjoyment.

How did the generosity of the BPL’s donors make a difference in 2022?

In 2022, donations at all levels translated to a multitude of programs at the BPL. Among the most popular were Bards & Brews, BPL@Your School, Brothers & Bowties, the Citywide Resource Fair, the Local Authors Expo, Preschool Storytime, Summer Reading, and the Women’s Health Initiative. Fundraising events included the BPL’s first-ever A Novel Tasting and Classic Cocktails.

Exactly how many programs did the BPL host in 2022?

So far this year, the Birmingham Public Library has hosted a total of 1821 programs, thanks in large part to the generosity of the BPL’s donors.

How do I make a donation to the Birmingham Public Library?

If you would like to give to the BPL this Giving Tuesday, please visit the Friends Foundation of the Birmingham Public Library website.